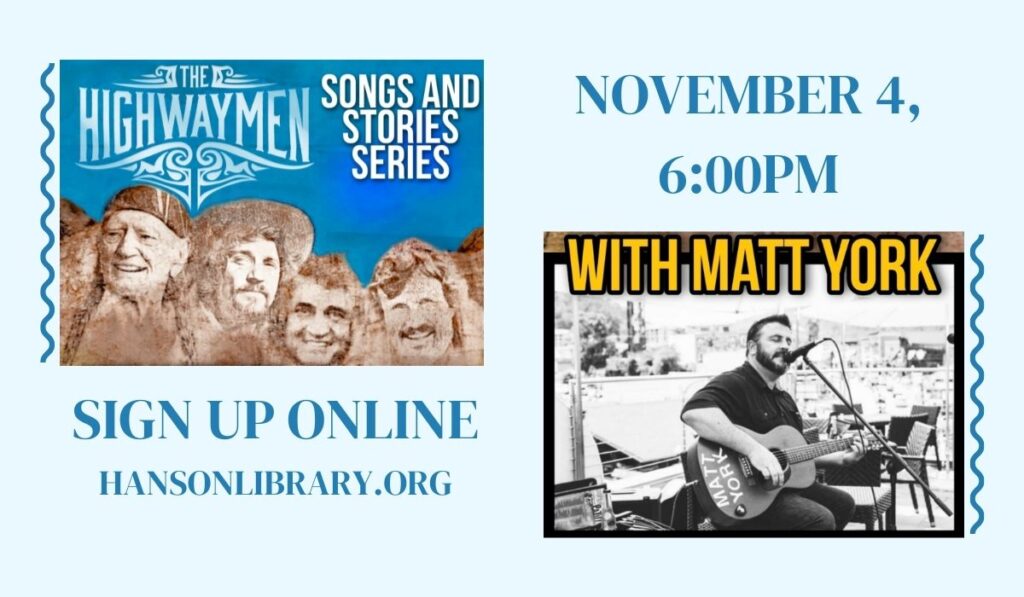 Longtime New England singer/songwriter Matt York will be at the Hanson Public Library to perform the songs of Johnny Cash, Willie Nelson, Kris Kristofferson and Waylon Jennings and tell stories of their careers in an hour-long performance. The four songwriting legends joined forces in the 1980’s to form the country supergroup The Highwaymen. However, prior to that, they’d each established themselves as stars and their careers intersected many times since the 1960’s. York has twice been nominated as Best Male Artist by the New England Music Awards and his latest release was named one the Boston Globe’s best albums of 2019.

Preregistration and mask are required for this in person event.