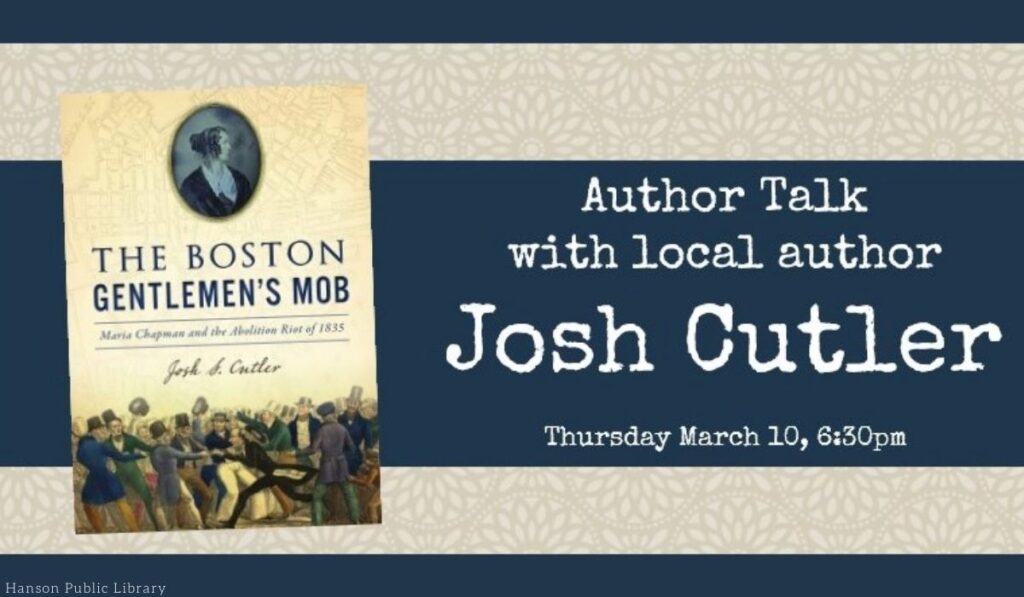 Join local author and State Representative Josh Cutler for a presentation of his newest book, “The Boston Gentlemen’s Mob: Maria Chapman and the Abolition Riot of 1835!”

Violent mobs, racial unrest, attacks on the press… It’s the fall of 1835  and the streets of Boston are filled with bankers, merchants and other  “gentlemen of property and standing” angered by an emergent antislavery movement. They break up a women’s abolitionist meeting and seize newspaper publisher William Lloyd Garrison. While city leaders stand by silently, a small group of women had the courage to speak out. Author Josh Cutler tells the story of the Gentlemen’s Mob through the eyes of  four key participants: antislavery reformer Maria Chapman; pioneering schoolteacher Susan Paul; the city’s establishment mayor, Theodore  Lyman; and Wendell Phillips, a young attorney who wanders out of his  office to watch the spectacle. The day’s events forever changed the course of the abolitionist movement.